This 300-year-old loom can be found within the Heritage display on Level 2. It has a flying shuttle and is one of the earliest of its type, invented during the Industrial Revolution. Standing at over 9 feet in height, it is an impressive example of a blanket loom which originated at the beginning of blanket making in Witney, Oxfordshire.

It is a timber framed four heddle hand loom and has been used to weave horse collar check and woollen blankets since 1702. A flying shuttle mechanism was added around 1800 which was one of the earliest Industrial Revolution Inventions.

The Early’s of Witney Blanket Manufacturers

The Witney Loom was donated by The Early’s Archive Trust, which was established to ensure that certain items which were in possession of Early’s of Witney were not lost when the company changed hands.

The Early family had been involved in weaving and textiles since 17th Century. Eventually becoming a limited company in 1910 under the name Charles Early and Co. During the 20th Century the Witney Blanket brand continued to be held in great esteem and received a visit from Queen Elizabeth in 1959. During her visit she was presented with a blue blanket for the Prince of Wales from three-year-old Charles Early presenting the gift on behalf of his father’s factory.

Unfortunately as with much of the United Kingdom’s textile industry, the company struggled in the latter part of the century eventually closing in 2002. This was when the Wooden Witney Blanket Loom was offered to Farfield Mill. As far as we know this is the only one of its age and type on public view.

You can see a film ‘All About Witney Blankets’ here from the British Film institute.

This image show weaving being carried out on an old wooden weaving loom similar to the one we have here in Farfield Mill. Possibly may be the same actual loom.
There are many excellent photographs recording the process of turning fleece in to blankets. You can see more of these images on our Mill Processes – Wool to Weave webpage.

Parts of the Loom 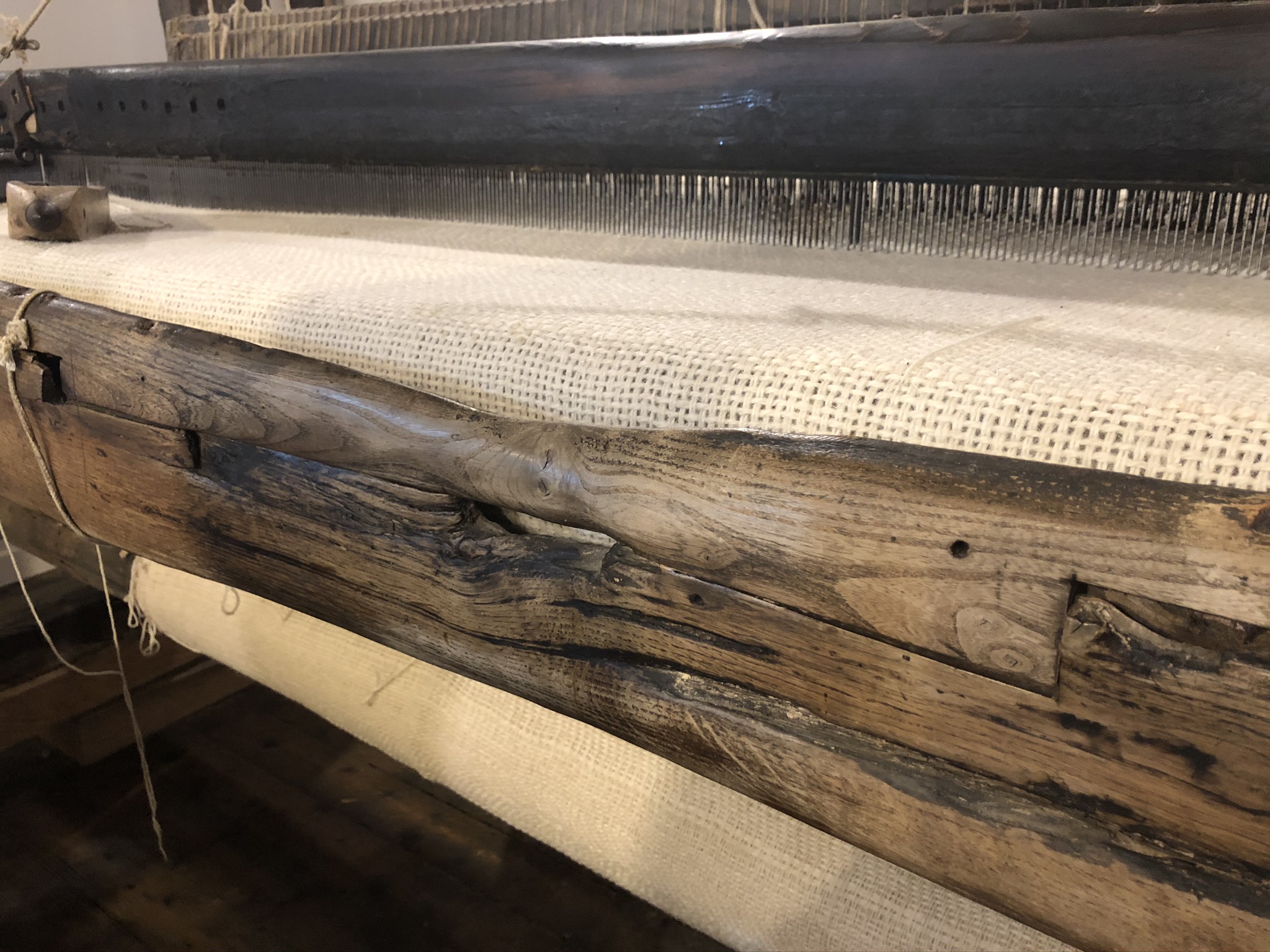 Where the weaver’s hands have rested 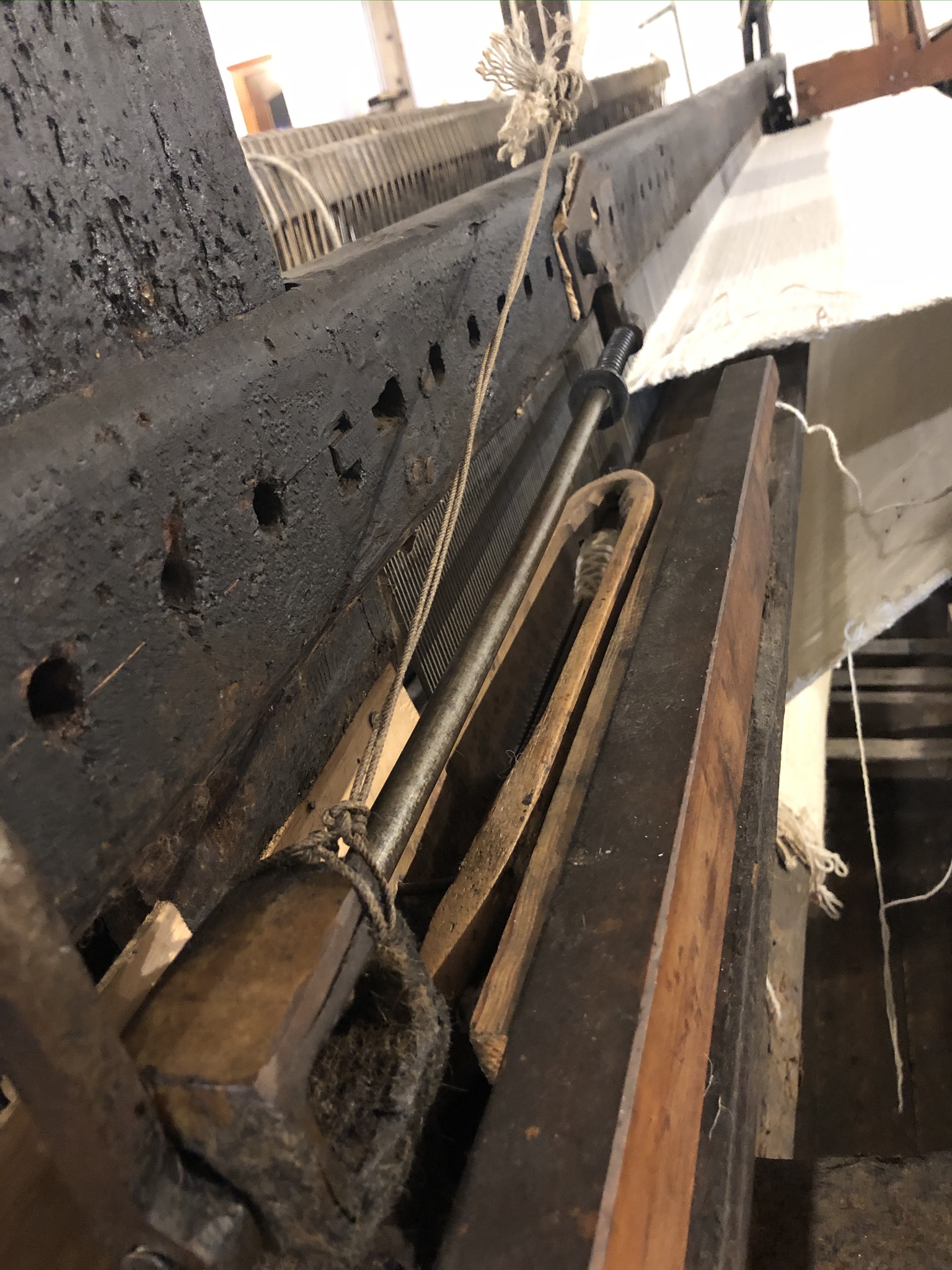 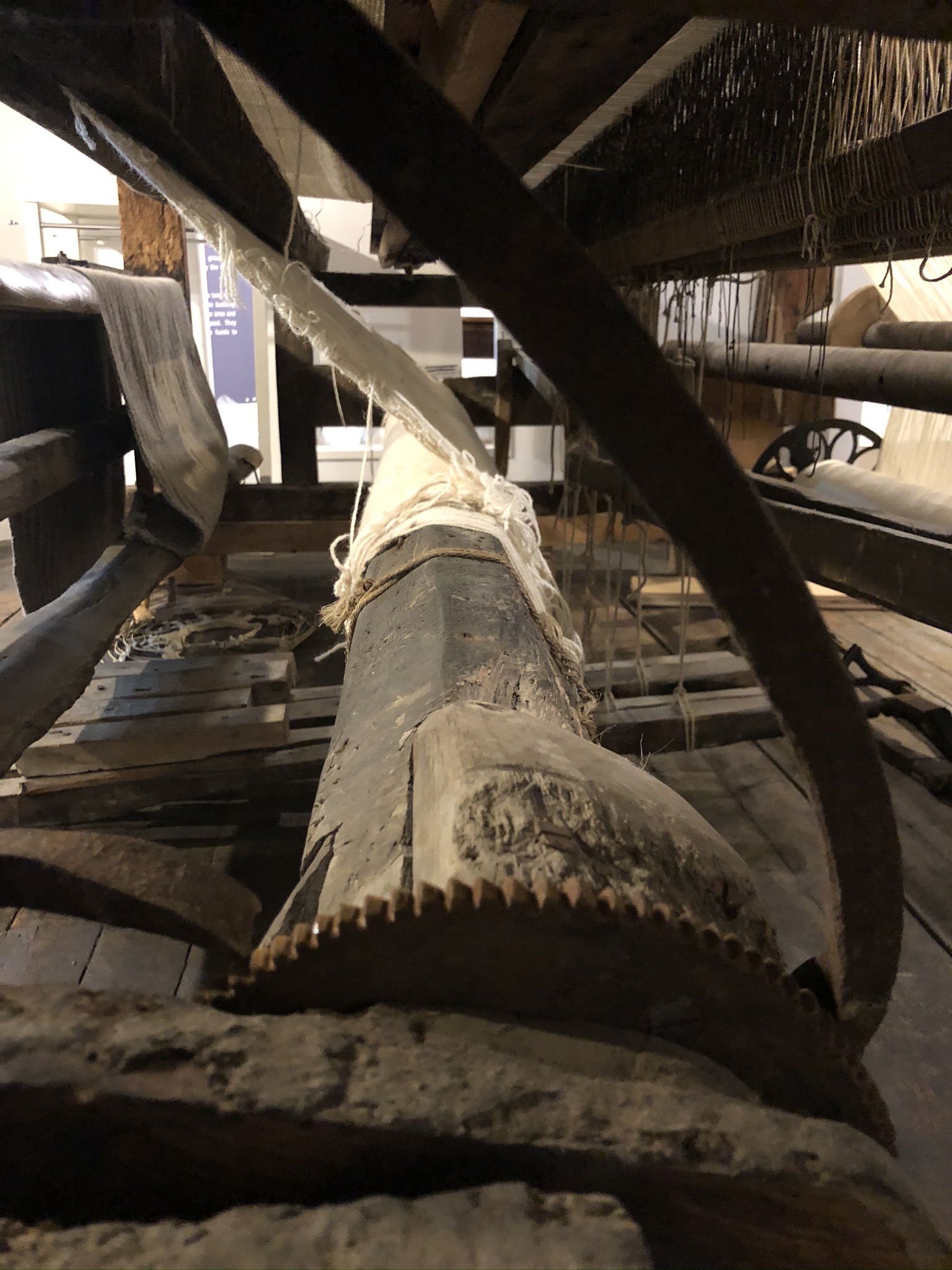 Beam with Cog and Pawl 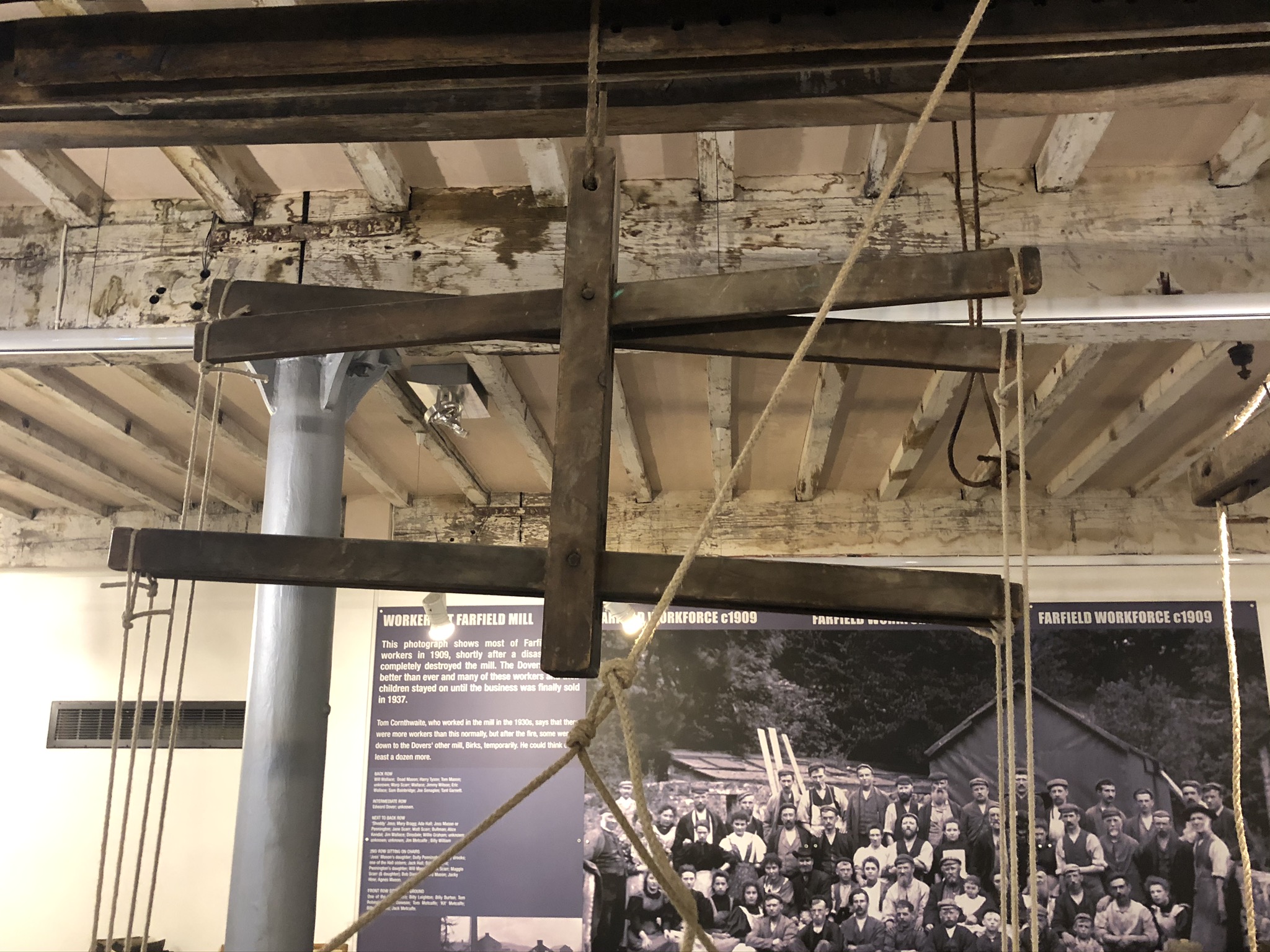 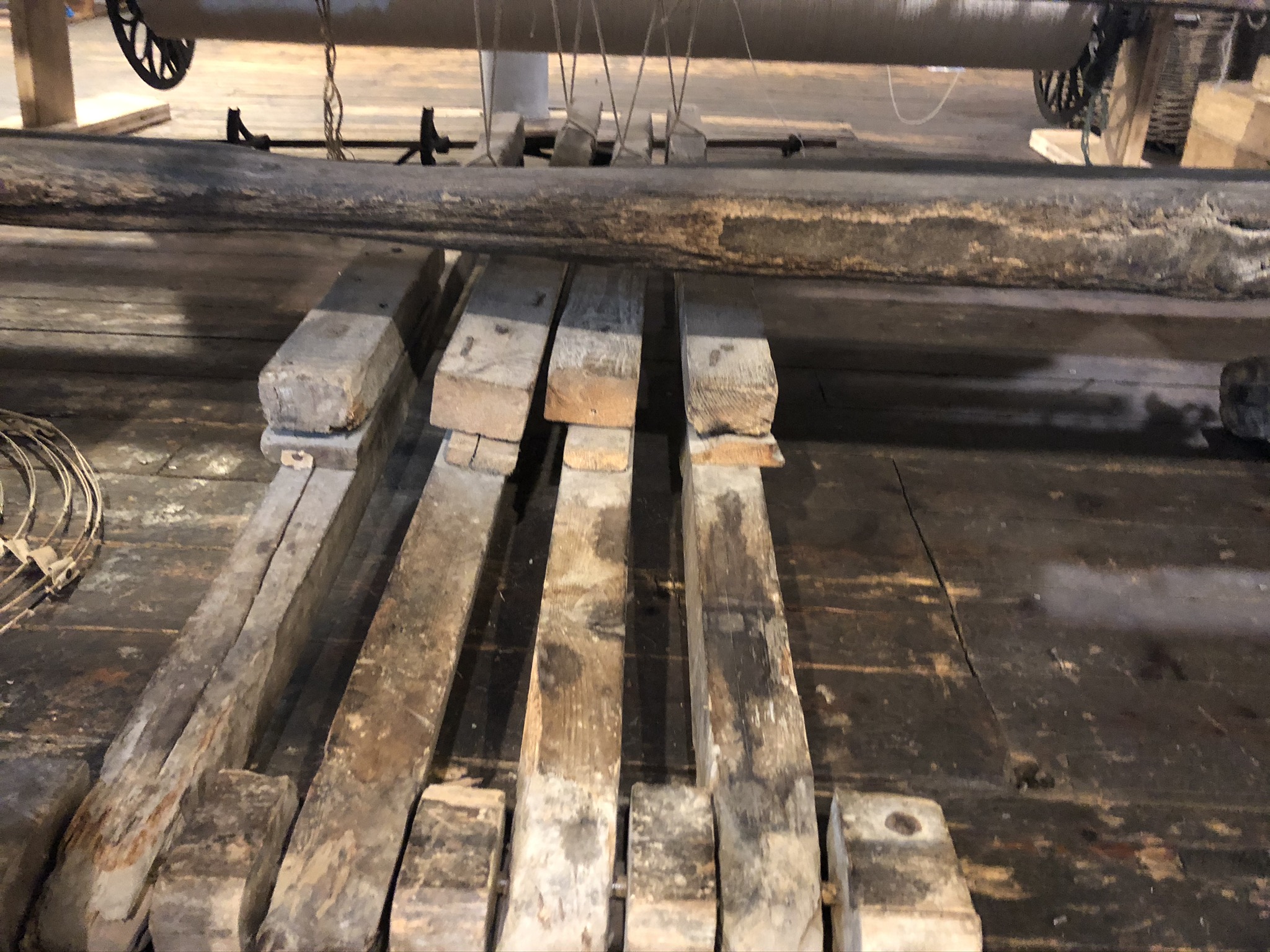 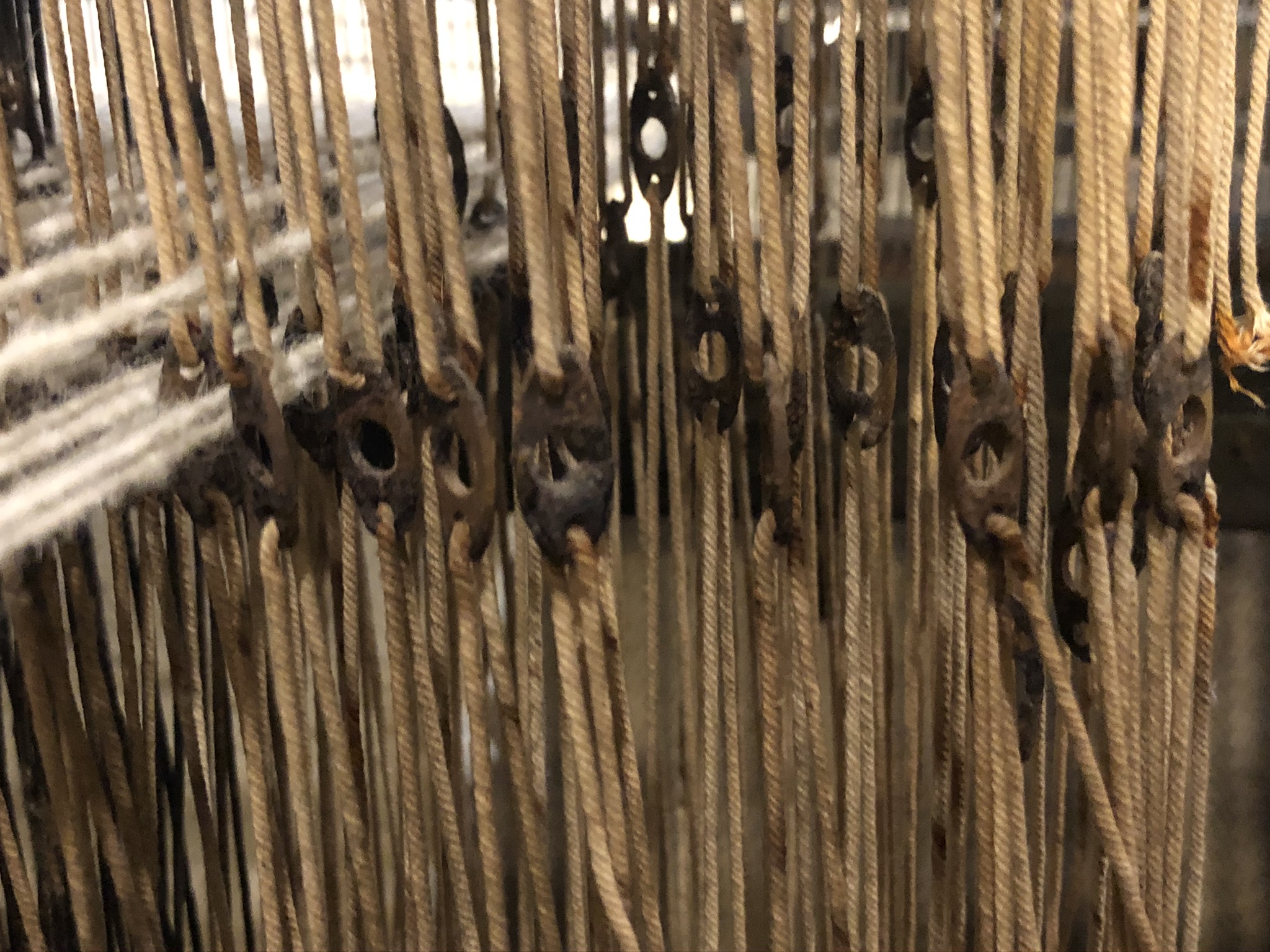 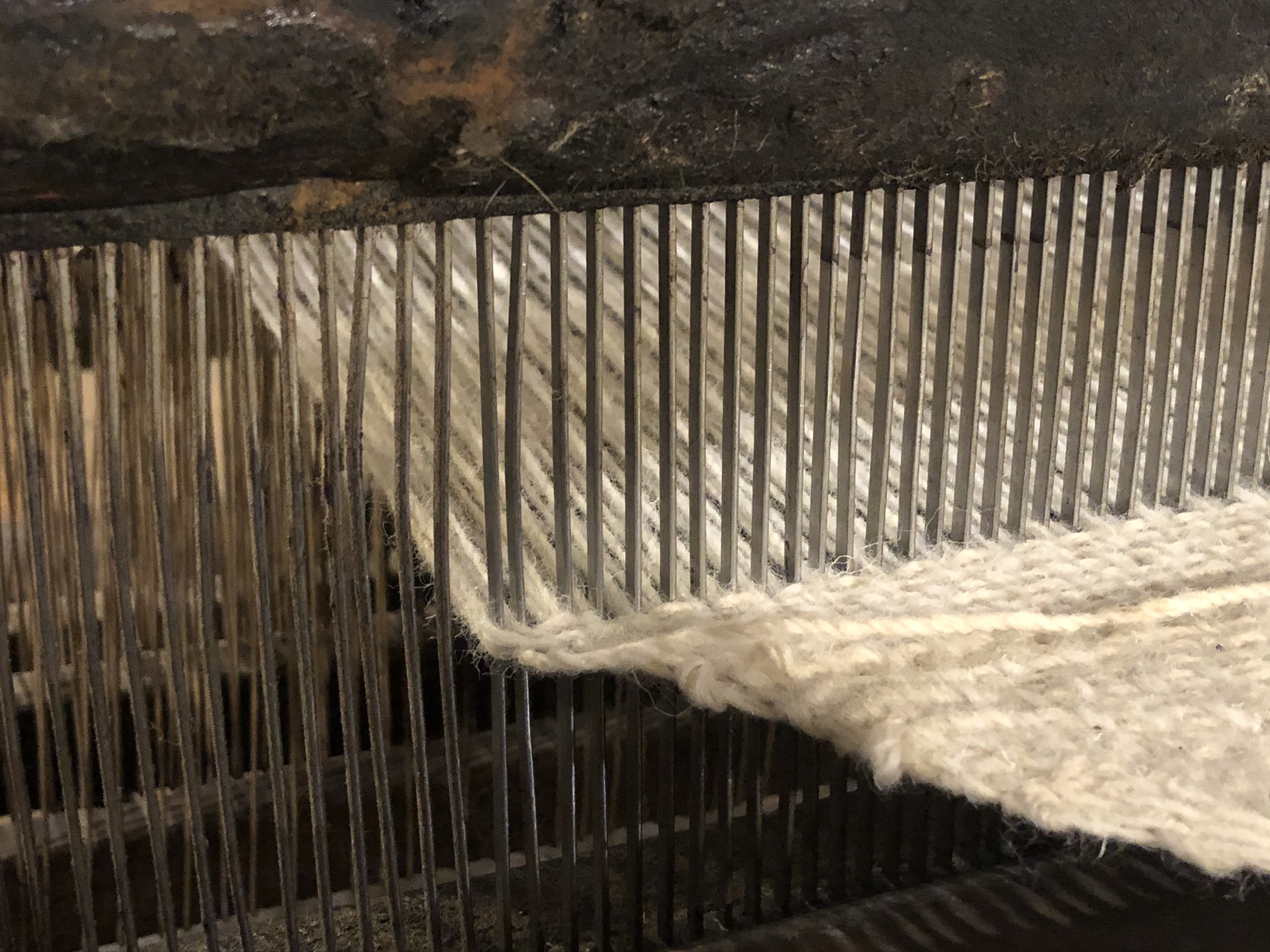 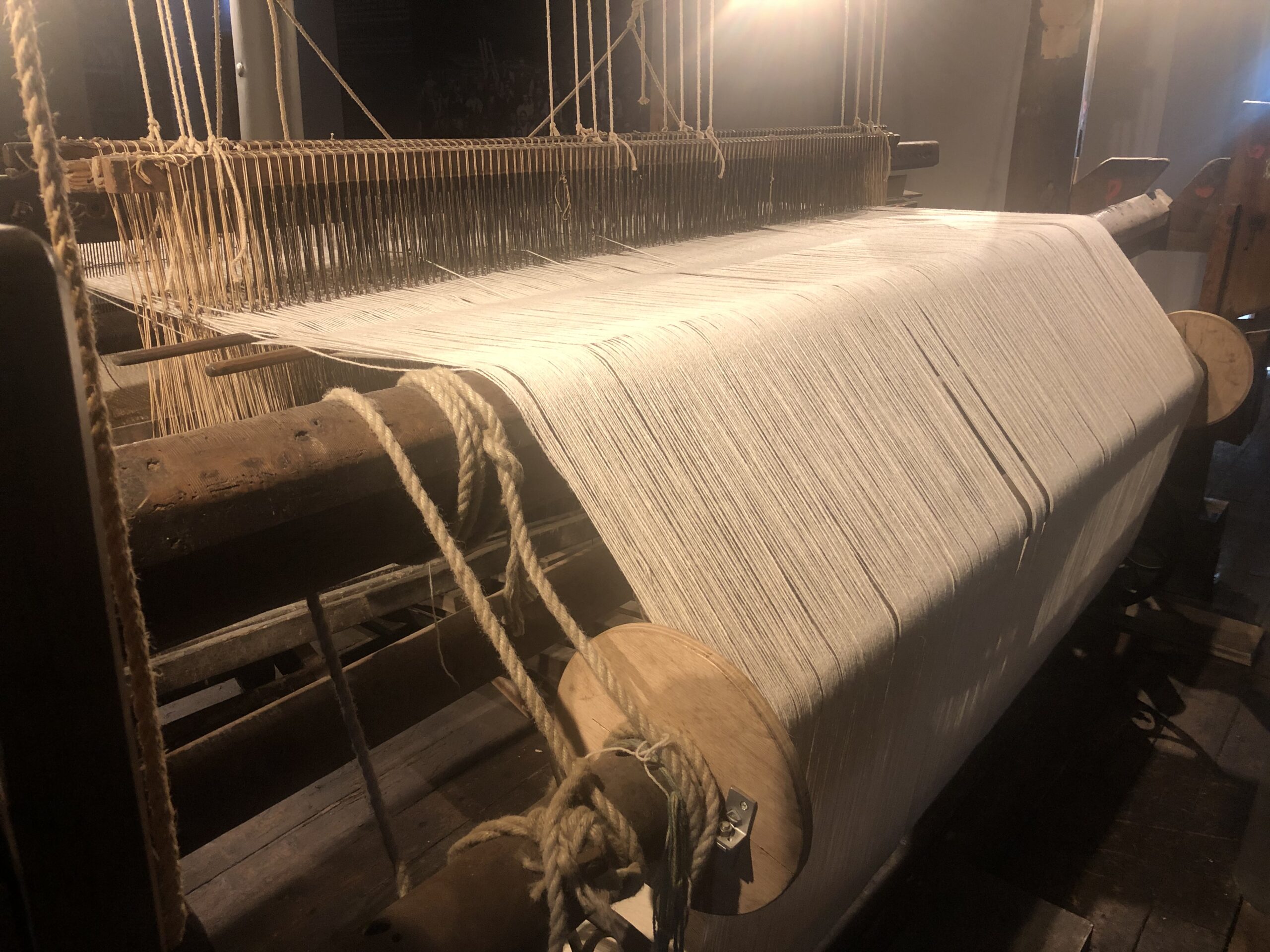 Visit  http://www.witneyblanketstory.org.uk/ to find  out more.