The Terrible Knitters of Dent

If you had visited Sedbergh, Garsdale or Dent 300 years ago, you would have seen people knitting wool everywhere.
They sat on their doorsteps knitting and they knitted as they walked to work in the fields. After dark, they met in each other’s houses and kept knitting, while they sang and told each other stories.
The ‘terrible knitters e Dent’ became famous all over Britain after Robert Southey described them in a story published in 1834. By ‘terrible’ he meant ‘terribly good’. The story, a true one, tells the tale of two young girls, Betty and Sally Yewdale, who were sent to Dent in the 1760s, to learn how to knit. They hated it because they were forced to knit as fast as they could, all day long…..

Eventually they ran away one snowy night and walked the long miles home to Langdale via Kendal.

The knitters of Dent and Sedbergh used thick, greasy yarn called ‘bump’ as well as finer wool for special items like patterned gloves. They made hats and caps; mittens and socks and even waistcoats and jackets, which were called ‘frocks’.

Knitting sticks were used to support the weight of the knitted product to free the knitter’s hands, making it both faster and easier to knit especially when standing or walking. Most of these knitting sticks are shaped like a goose wing which is the traditional shape from the Yorkshire and Westmorland Dales.

Knitting sticks often had a groove cut at the back so they can be more easily fastened to the belt or waist band of the knitter’s skirt. At the other end is a hole into which a curved or straight needle may be fixed. Although our examples are quite plain, knitting sheaths were often carved with decorative patterns on the front with the back usually smooth. 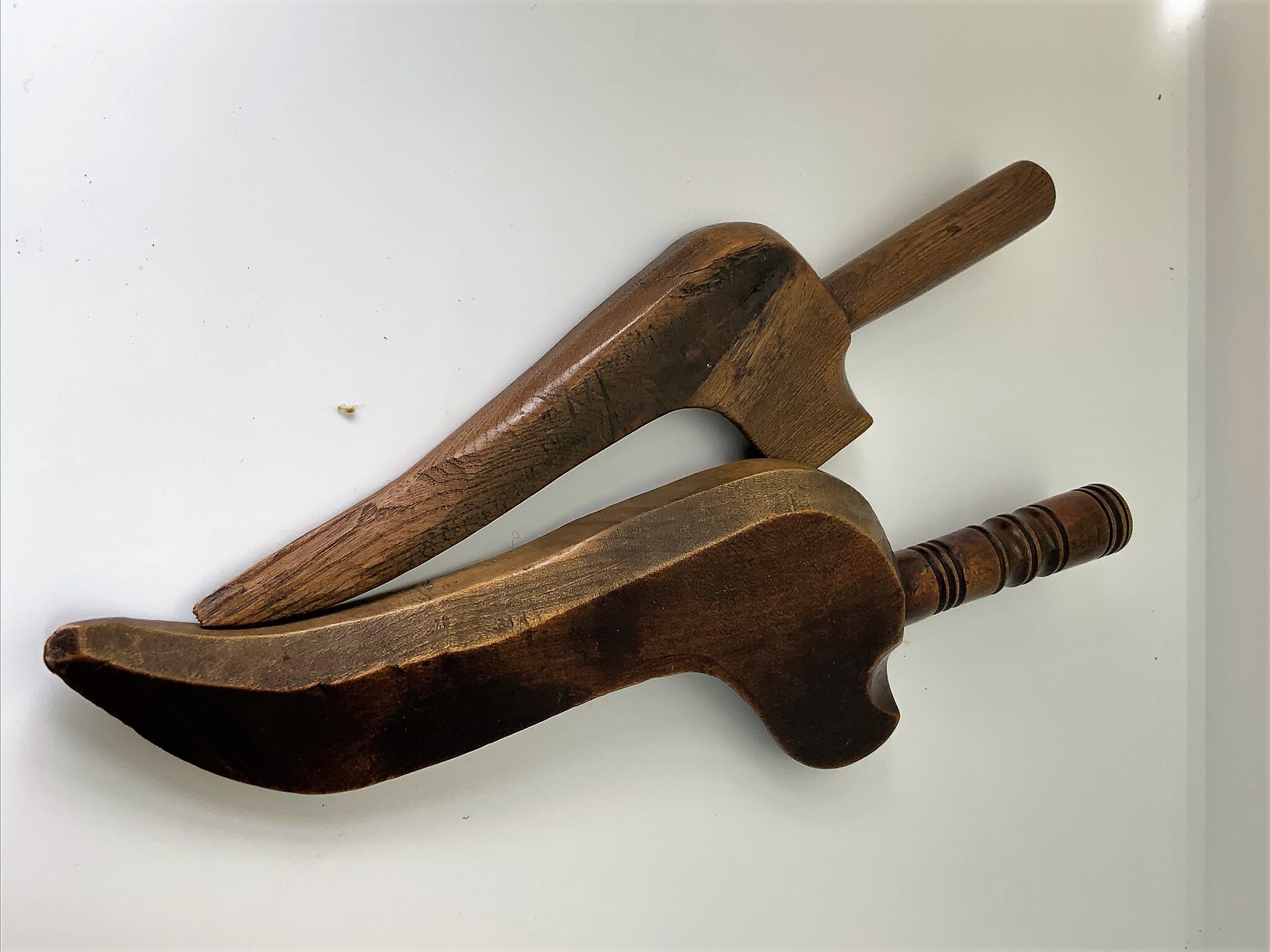 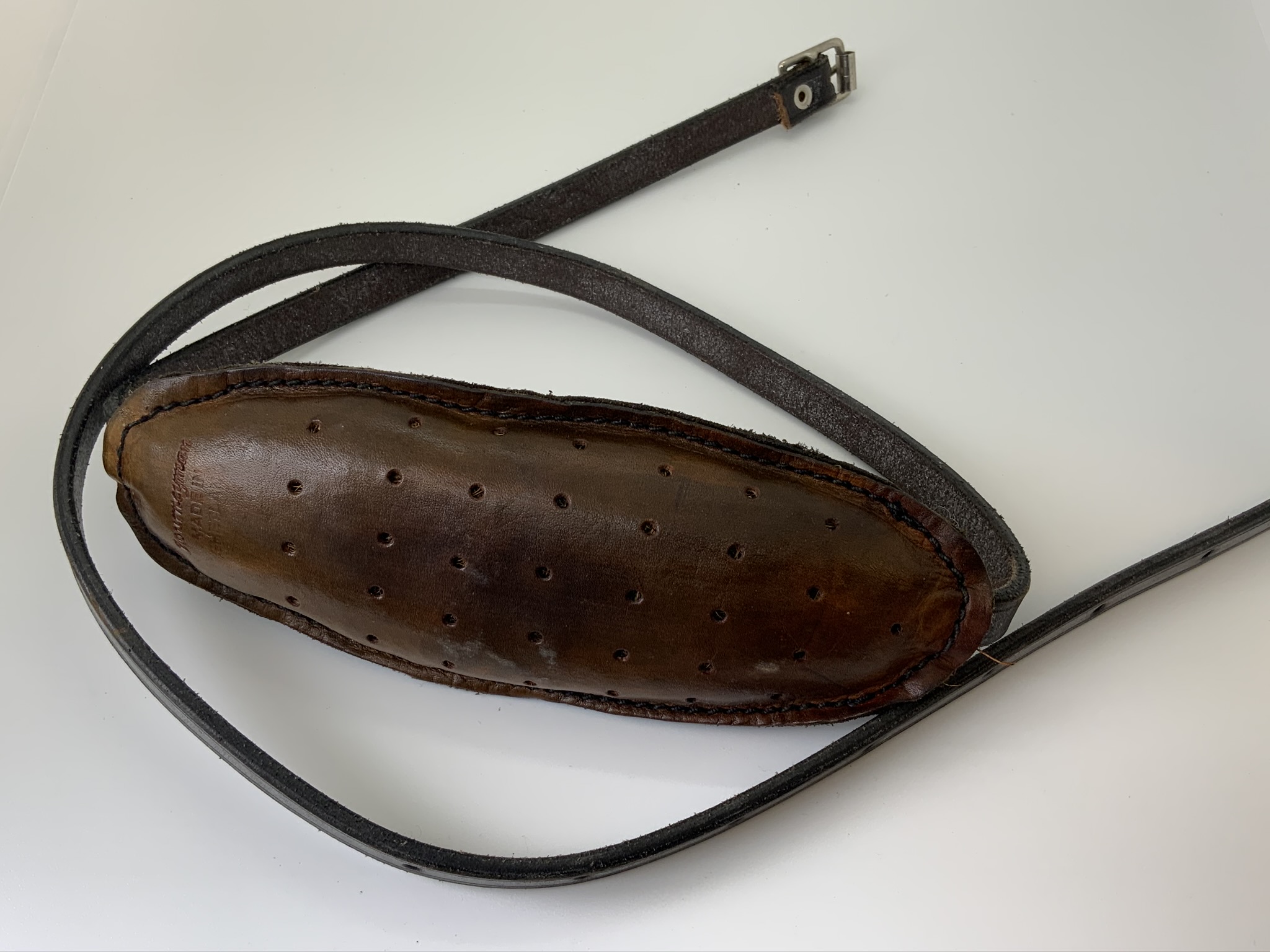 Knitting pad or belt is usually worn on the right-hand side. The knitter uses double ended needles, with one end pushed in the pad to hold the needle and support the knitting.